Maria is a Viennese woman well-known in our fitness studio for her positive attitude. But today, I’m facing a completely different Maria – angry, enraged, almost fuming. Her face is lit up bright red. She is holding a cell phone in her hand. I ask her if everything is okay? She puts the phone down and begins to talk:

“ I’m so mad at my boss. I just got off the phone with her, she’s been abroad for two weeks and, due to the time difference, I’ve been working for her around the clock. Yesterday I sent her an email, to inform her why and how I did two customer cancellations. It was a quiet matter. I described to my boss my diplomatic approach, to let her know that I did in it in a way so as not to upset these clients in the slightest. I put every effort into it. And just now my boss called me and said in a rude tone: “Don’t send me any more trivial emails in the middle of the night! It’s not that hard to follow instructions!”- that hurts! As somebody rammed a knife into my heart. Immediately after the phone call I felt my body heat up, my lips started to quiver. There’s this voice inside me – it’s screaming: “How can my boss be so mean? I do everything for her, for the company – I go the extra mile! Then I get this?!” OK – let’s go for it, I’m going to call her back – NOW and…“ 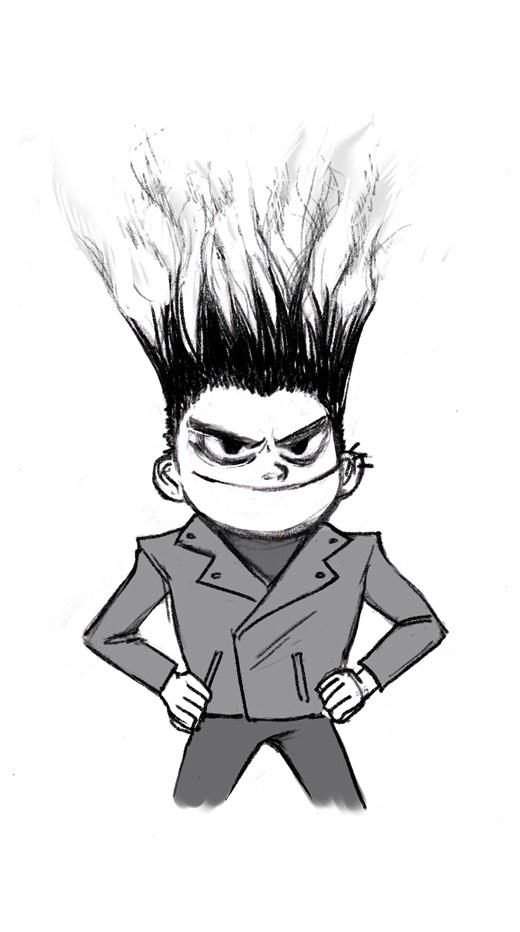 Attention: The Incensed Anger Rascal has just run into Maria (the tennis shoes are an asset to arriving quicker on site – so be careful!) This incensed creature is screaming furiously: “Such a mean lady! Who does she think she is? How dare she talk to me like that? I worked all night, gave the company everything, and this is what I get? This is how I’m rewarded for my efforts: ‘don’t email me in the middle of the night!’ Where does she get the nerve? What kind of statement is that? Ok, that’s it, I’ll show her!”

Sharpen your awareness – apply a technique

Before you write an angry email or maybe even reach for the phone and call this person, to give them a piece of your mind, to verbally strike back, take some advice from an expert, who knows the different profiles of the Incensed Anger Rascal:

The case analyst and globally recognized Austrian criminal psychologist Dr. Thomas Müller (who collaborated, among others, with the FBI) knows several “crime scenes” where traces of “anger” can be found.

As a profiler, he doesn’t just limit himself to generalizing forms of aggressive outbreaks: “Each person expresses their anger differently,” Dr. Müller explains, “I can be emotional by becoming harsh, using violent language or, in the worst case, lashing out physically. I can also get very aggressive, by becoming aggressive towards myself and stop speaking. Then, silence becomes the most aggressive form of communication.”

Dr. Thomas Müller has an advice on how to behave to prevent aggressive verbal or physical outbreaks.