The Paraylzing Fear can be decoded

Fear can be decoded and needs to move

In the last few months since the coronavirus started making headlines around the world, many of us have been confronted with various forms of fear: fear for our lives, survival fear, fear of loss…

But actually, fear is a constant companion and already existed in people before the frightening virus appeared.

As a decoder and inventor of The Emotional Hinderers (a concept that personifies aggressive forms of feelings and emotions), I’ve taken a new look at these Coronavirus times and listened to what business people in America have to say.

We often hear: “The news changes daily and sometimes hourly – by the time a decision is implemented, the reason for that decision may have changed (again)… Which way do we go?” The fear of the unknown is creating many emotional responses. 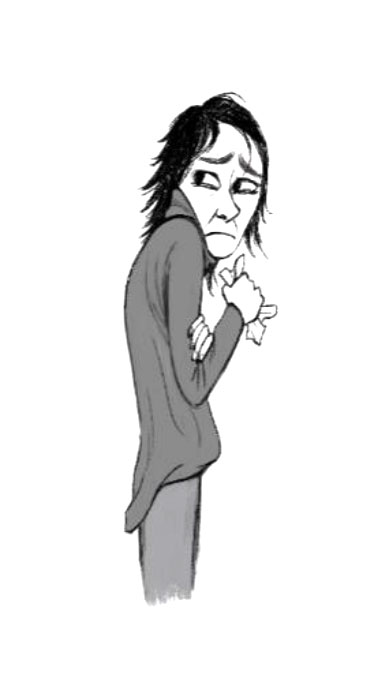 Usually a crisis has easily identifiable enemies. But this time it is an “invisible enemy.” No one can see this virus and it scares people to not know what they are up against. This enemy can’t be glimpsed or touched, nor do we know where it might appear next. How long will the crisis last? Will there be another wave? To this day, no one really knows how long this will continue, so planning becomes a real issue. If you make a plan preparing for 60 days, what happens if the crisis lasts for 120 days? Will your resources last?

I compare this current situation (also in business) to “the feeling of a threat-scenario” where we do not know who the person is who threatens us, and therefore we cannot act against this person. And we feel there is no end in sight. Often the person who is threatened is stricken by “the Paralyzed Fear character” – one of The Emotional Hinderers. It’s precisely in these situations that this creature starts to operate, when you are not able to breathe, your thoughts circle and people start to panic, as there is no hope for the threat to be identified. This is an opportunistic time for the Paralyzing Fear character as it confirms this creature’s philosophy – better not to act! Stay paralyzed, just stand still. Do not to move!

So what can we do in this specific time while we are waiting for a way out and trying hard not to fall into depression or hopelessness? What can people do to address this psychological emergency situation? I asked Austrian criminal psychologist, Prof. Dr. Thomas Müller, a business consultant and member of numerous crisis teams who collaborated, among others, with the FBI, for a tip/technique for this moment.

Prof. Müller explains: “Try to become aware of the fact that it is usually not the fact but the idea of the fact that makes us happy or unhappy, as Seneca the Roman philosopher already knew in 65 A.D: How realistic is it really that the state you are imagining will actually occur?”, Prof. Dr. Müller added, “Trust clean and honestly reported information and not your ‘gut feeling’ or superficial internet research.”

Precautionary advice from Prof. Müller: “Think ahead, prepare for what may or may not come, anticipation is an innovative approach. What can each of us can do for ourselves, but also for our family, our company, and our community? Anticipation means at least mentally adjusting to the situation that has not yet happened, not being guided by pure fear-triggering feelings, but being aware of the probability of the occurrence.”

The Paralyzing Fear character must therefore be made to “move” mentally.

This thought made me curious, so I looked at companies and decoded their measures – the actions they took to set the Paralyzing Fear character in motion.

Richard Tyler, CEO of Richard Tyler International Inc., is a highly acclaimed sales trainer and management consultant: “I have a client who was just building up her business when the Coronavirus hit. It was frustrating for her, as she had invested so much money and energy; she really didn’t know what to do. She wanted to give up.

I told her: ‘If you stand still and let fear control you nothing good will happen. You have to create a plan of action by asking yourself ‘How can I achieve the same objectives now?’ So we started to brainstorm. I knew where she needed to go, however it was important for me that the ideas came from him. So I kept asking her questions and yes, the fear always tried to interrupt us with words like: ‘If….But…What?’; When it did, I said ‘Keep going!’ And in the end she had a plan and she said: ‘I never thought I could get there.’”

“Move” – Do something good for yourself! It’s the perfect time to back up your “healthy ego!”

Dale Karraker, a businessman who works in the field of aerospace and energy: “I had a client who hadn’t been able to call any clients for many months, because of the situation. And at that time in the United States no barber-shop was open to get your hair done. I knew he looked after himself a lot and usually he goes to the barber every week. So he was talking to me about a ‘threat-scenario’ – long term complications if he couldn’t get out to see people. And he was talking himself into a ‘downward spiral.’ I stopped him and said – ‘Well, just give yourself a haircut.’ And he stopped – and you could even hear his question ‘What the hell do you mean by that?’ And I said – ‘When we finish talking, have a look in the mirror. And if you don’t like how your hair looks, you have to do something about it before you call anyone.’ And he did. I spoke to him two days later and he had gone to the drugstore, purchased electric hair clippers and cut all of his hair off. That is very popular with men now. And he said: ‘I feel much better now’. And started to create new ideas for his clients.”

“Move” – Make everyone a partner in the recovery – compromise with clients, employees

Katharina Plath, owner of Head & Hand PR agency in the luxury sector (interior design, yachts, galleries): “I had customers who told me – we now no longer have the income we had before; or we can no longer produce. We can’t continue to work with you. So, I told them: Let’s take a deep breath together. And there are a few things we can do in the future: Write your landlord. Use social media, Instagram, Facebook. And we found compromises. I’ve continued to work with several clients even though they only paid me a percentage of my fee. I dedicated 100% of my time. You just have to tighten your belt. I’m still paying my team out of my own pocket. I explained to them that they might have financial losses, but they still have a job. And I’m keeping as many of them as I can, inspiring them every day with motivational rituals. My motto is: ‘I can live because I give.’ That’s exactly the credo I live by. And now is the time to strengthen your team, whether it’s satisfied employees or satisfied customers. Because, the day will come when we need each other even more by then we’ll know each other even better.”

What I noticed while decoding this statement: These businesspeople got the Paralyzing Fear character “moving” with a wide variety of strategies and techniques.

This inspired me to come up with a fitness program for the Paralyzing Fear that helps you personally deal with this emotion and even sets Paralyzing Fear in motion. It is a step-by-step approach and you can find it on my website.

And I realized something else: These businesspeople had also successfully managed the other Emotional Hinderers, just like Katharina, who managed the Insatiable Greed character, which would say, “I want more, more, more!!!… Because I’m entitled to it, because I need it…;” and thus ultimately became successful.

Katharina recognized this character, changed her approach and could continue to work. In the meantime, she has – despite the crisis – acquired two new clients.

Try it out for yourself: Take a look at my seven characters, The Emotional Hinderers, and discover which of these creatures is just around the corner from you. Is it really the Paralyzing Fear character, or the Insatiable Greed one, or maybe the Bloated Ego – or perhaps the Incensed Anger Rascal?

My research on identifying and managing The Emotional Hinderers continues. And you can find my fitness program for The Paralyzing Fear here.